A Life Steeped in Sound and Obstacles

There are many people in this world who find music therapeutic, Dustin Chapman is certainly one of those individuals. Possessing a passion for music from a young age, Chapman fell in love with the sounds of Brooks & Dunn, Brad Paisley, and more, but didn’t realize just how vital music was to his individuality until life threw him the ultimate curveball. During the young singer’s senior year of high school, Chapman began experiencing issues due to a rare disease, Achalasia. This disease, which has left Chapman unable to swallow solid foods, helped Chapman discover the power music possesses—the power it has to restore brokenness, encourage hopefulness, and breathe life into the lifeless. During Chapman’s trials with sickness, he’d sing. When he felt anxious about an upcoming test or procedure, he’d sing. He discovered that music had the ability to give him words when he felt as if there was nothing to say, and this is when he decided to pursue a career in music. After making this decision, he allowed himself to enter a place of vulnerability that would allow audience members to do the same. Chapman broke down emotional barriers and began showcasing music’s abilities to help him overcome, music’s abilities to help so many others overcome, and what he truly hopes people see is that there is a beauty and power that music possesses that can help them overcome as well. With that in mind, Chapman write songs that balance various subjects, songs that express heartbreak and frustration, highlight joy and happiness, and tackle serious topics with feel-good melodies which ultimately showcase that there’s reason to search for ways to achieve prosperity through hardships. Though young, Chapman has experienced numerous hardships which he is holding close and carrying with him far and wide to show the world that individuals set their own obstacles and that everyone has the power to achieve anything they set our mind to. 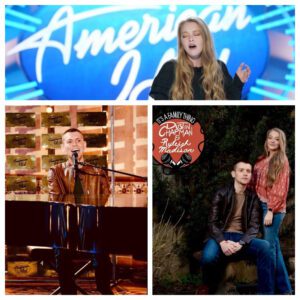